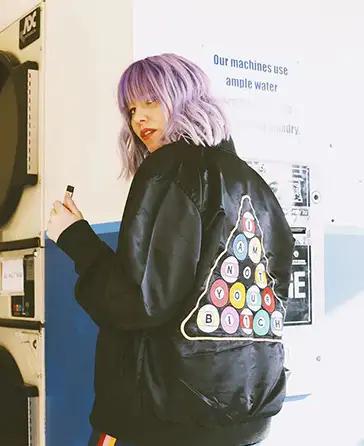 Vaporizers have been getting more and more mainstream lately, and the technology behind these amazing devices has been getting better and better. With more advanced coils, better batteries and more options to customize your device. More and more people are turning to vaporizer instead of traditional smoking, and that doesn’t just stop at regular tobacco consumers.

Medical marijuana users and recreational smokers are also taking to using vaporizers in order to get their fix, for many different reasons. Wax pens are becoming the most popular method of getting a cannabis fix because they are discreet and easy to use. As well as this, the way wax pens work are innovative and can actually give you a better high than the traditional method of smoking.

Wax pens are so called because you don’t use traditional dry herb to smoke. Instead you use a concentrated form of THC which is hard and brittle. It looks a bit like dried wax – hence the name. THC is the element in cannabis which produces the high feeling, and because wax pens are using a concentrated form of this – the high is much more potent. This is just one of the reasons that people are opting to use wax pens instead.

Another reason that people are favouring these over more traditional methods are because of how easy they are to use. You simply dab some of the concentrate into the chamber and turn it on. Most wax pens have controllable heating meaning that you have a choice over what temperature your product burns at. This means that you don’t end up using more than is necessary and wasting some. Many people use concentrate but they simply heat it up using a flame. While this does get the job done, it means that you are wasting a lot of product which simply disappears into vapour that you can’t inhale. With a wax pen, no vapour is left wasted, as it is all contained in a specially designed chamber.

Wax pens are also incredibly discreet yet easy to use on the move. A lot of people feel that they cannot consume their medical marijuana in public because they feel that they will be judged. This Often led to many people staying at home to consume, when they could be out and about enjoying their lives. Wax pens are putting an end to that. Because they are so small and compact, they look just like a regular vaporizer. They also don’t emit any exceptionally potent smells which can put people off. They fit right into your pocket and most of the newer models on the market come with micro USB charging ports so as long as you have a micro USB cable you can charge it wherever. This is especially handy for those on the move a lot, because they don’t have to compromise on using their wax pen just because they’re not at home.

← PREVIOUS
So do you know what a wax tank coil is?
NEXT →
KANDYPENS’ RESPONSE TO FDA LETTER REGARDING JUUL AND E-CIGARETTES
Related Posts
go back